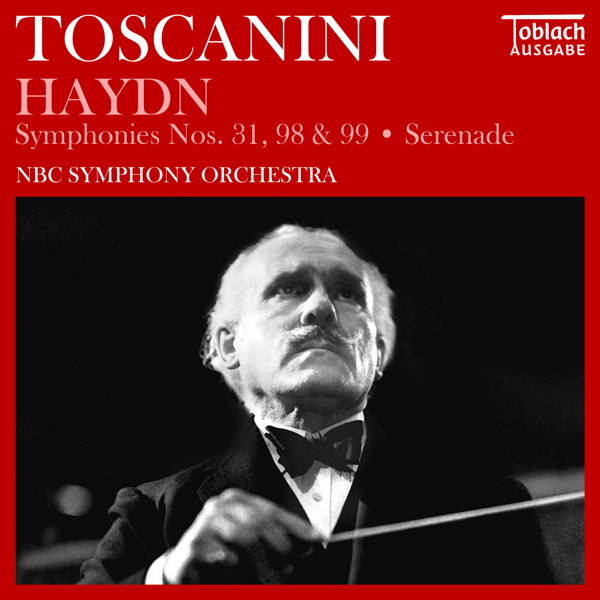 Three Haydn symphonies under the baton of the inimitable Arturo Toscanini, from the early years of the NBC Symphony Orchestra — now available in a greatly improved transfer!

Arturo Toscanini had already achieved a legendary reputation as a conductor and orchestra builder when David Sarnoff proposed the creation of a hand-picked orchestra of virtuoso players to be led by the venerable maestro. In 1937, it became the only permanent, dedicated radio orchestra in US history, the NBC Symphony Orchestra, which ruled the American radio waves until it was disbanded in 1954.
During a 1945 conversation with author Bernard H. Haggin, Toscanini stated that he considered Franz Joseph Haydn’s music to be on an even higher plane than Mozart’s! It therefore may come as a surprise that Toscanini only programmed eight of his symphonies, the Sinfonia Concertante, and movements from the string quartets as a conductor.
The present disc brings together rarities from the early years of the NBC Symphony Orchestra: Symphony No. 32 “Hornsignal” and Symphony No. 98, both dating from 1938, Symphony No. 99 from a 1941, and the Serenade from the Quartet in F Major, Op. 3 No. 5, attributed to Haydn but actually composed by Anton Hoffstatter. All of the selections have been remastered and restored by Urlicht AudioVisual.